Collusion between Google and the US Government 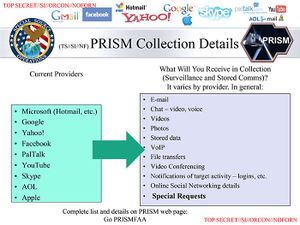