About Google's apparently limitless expansion in terms of companies bought or new sectors of activities. About Alphabet, Calico, Google Venture, investments in genetics, transportation, energy and the such... 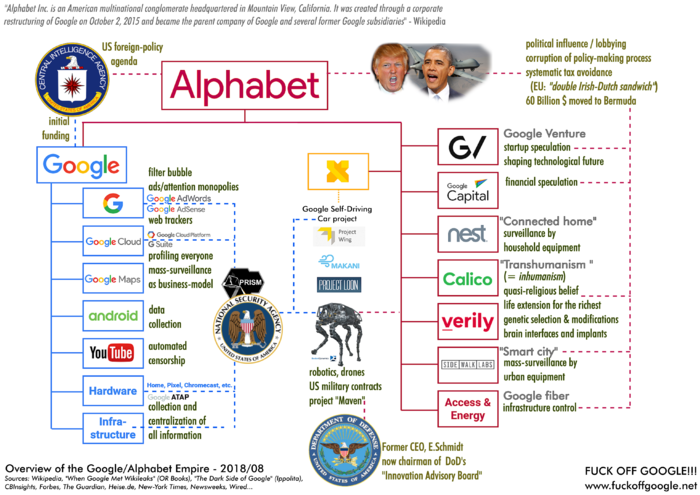 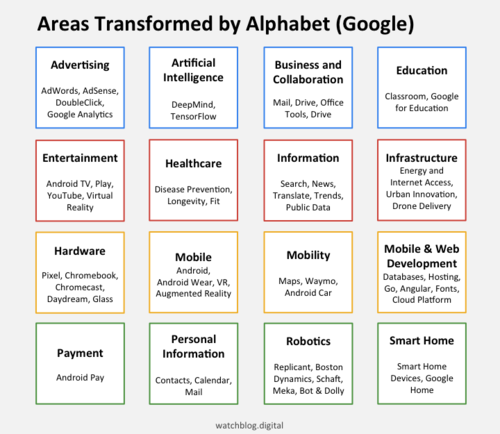